Carpets get messy. There’s a reason professional commercial carpet cleaning can be a profitable business venture, after all.

This is troubling because unless your carpet has a very visible blemish, you might not think of it too often. It might be part of a regular cleaning routine, as an occasional vacuum job. Beyond that, there’s no need for it, right? This is actually mistaken.

Carpets can take a beating during certain times of the year. Even if they don’t, time is all you need. Dirt, salt, dust, and the like can all pile up in the fibres. It can break things down little by little. Unpleasant odours can also take root there if there’s material that’s left behind. 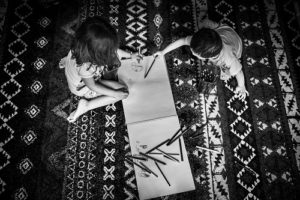 The first issue would be the pileup of things like dirt and sand. The small materials, the little bits of debris and the like. These will often end up on the carpet as people come in and out of the office.

In an office setting, only 85% is taken away by vacuuming. In other words, there’s still a chunk of it left behind. You’ll want to clean that up.

Another source would be food and related bits.

Admit it, a lot of your employees eat at their desks. The more overworked they are, the more likely that they do this. No matter how clean they are as they dine, there will be food particles that fall into the carpet. Spilt drinks are a risk, too.

The worse part of this is that if left behind, bacteria can infect the area. If you don’t clean these up fast, it could become a small-scale health hazard.

Mould, mildew, and fungal infections can also be a major problem.

These things can lead to the spread of pathogens and disease in the office. You’ll probably find them in areas where the environment is wet and warm, such as places near heavy-duty air-conditioning units. Keeping a carpet clean and dry is crucial.

Skin flakes are also going to be an issue.

People shed skin. This isn’t something you can dispute, because it’s a biological fact. The average human sheds a million flakes of skin a day. Some of it is in clothes and the like. However, a significant number still ends up on the carpet.

Finally, there are bugs. You might not be able to see them, but there are all sorts of bugs moving around in those fibres. Occasionally, you might even see bigger ones.